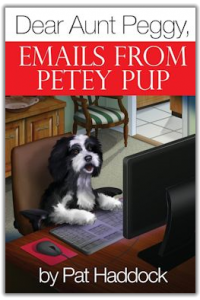 I rescued Petey Pup, a street urchin, from abuse by a neighbor kid. I never intended to adopt him, just clean him up and find his family. Failing that, he needed a new home and my sister, Peggy, came to mind. My dog-update emails to her became an entirely different exchange when Petey took over the keyboard. He shared his adventures and down-home dog wisdom with Aunt Peggy, who shared his email stories with her daughter, a neighbor, and residents in a retirement community where she worked. He charmed them all. Then, when I began collecting the emails for this book, Petey expanded his email repertoire by including his own vet, boarding, and grooming appointments. All were happy to respond to him. Join Petey and his comrades, Black Bart and Miss Ginga, and his cat nemesis, Bonzie, as Petey captures their triumphs, travails, and a few “uh-ohs” in his emails to Aunt Peggy.

When her grandparents die in an auto accident, Amelia McCallum’s memories careen back to the summer spent with them when she was ten years old. Re-live a child’s confidence that anything is possible with magic. Even when the magic works differently than she expected, she persists in using it, even in her campaign to save the beloved, but condemned Capitol Theater. Then, it turns terribly wrong.

Whether you’re ten or nine times ten, you’ll find something in this 1950’s recollection to encourage you to cheer for Amelia. 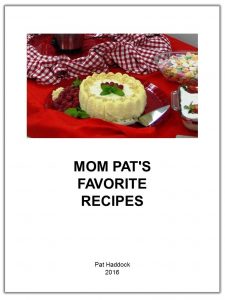 Compiled and edited since 1983, this book has evolved into a larger project than copying at Kinko’s made economically feasible. Therefore, I chose the same route as self-publishers for a more economical production alternative. It contains some old favorites and some new, easier recipes. 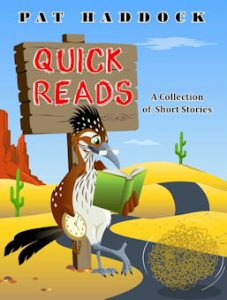 Quick Reads delivers over twenty genre-spanning short stories sure to hook readers of all interests.

The collection begins with stories of suspense and even the paranormal that open a window to worlds most hope to never enter—like being forced to mete out one’s own punishment for a crime.

It records historical or biographical sketches that allow us to step into another time and vicariously experience someone else’s life—like a Mexican conscript at the 1836 Battle of the Alamo.

To relieve some tension, humor comes to the rescue. Nothing can tickle the ribs like a peculiar twist on a life event—a rural Mississippi man tells of his escapades.

Then, we get down to earth, with realistic fiction—a young couple learns that owning a home also means tiptoeing through the pitfalls of maintaining its yard.